Rachel Lachmansingh is a Guyanese-Canadian writer from Toronto and a fourth-year UVic Writing student. Her writing has been considered for various awards, including the 2022 CBC Short Story Prize for which she was longlisted, The Malahat Review’s Far Horizons Award for Short Fiction for which she was shortlisted, the National Magazine Awards, the Alberta Magazine Publishers Association Awards, the Aurora Awards, and the Rhysling Awards. In 2020, she placed first in UVic’s on the Verge contest in poetry and has since been published in Minola Review, Grain Magazine, The Malahat Review, The Fiddlehead, The Puritan, The New Quarterly, CV2, and Augur Magazine, among others. In 2021, she was selected as a mentee for BIPOC of Publishing in Canada’s mentorship program, and was a mentee for the 2022 BIPOC Writers Connect conference. She reads for several literary magazines and serves as Editor-in-Chief for This Side of West. 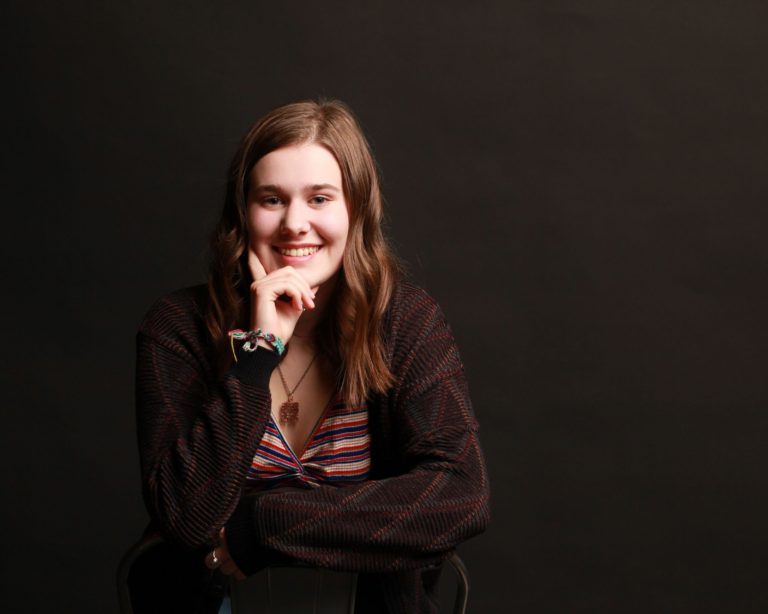 Emma Treleaven is a third-year Writing major at Uvic focusing on creative nonfiction (with a not-so-secret love for poetry). She is also studying in the Indigenous Studies and ASL departments. Her writing tends to center place, family, addiction, ancestry and healing. She lives and writes both in Langley and Victoria and is very grateful to call British Columbia home. She serves as Managing Editor for This Side of West. 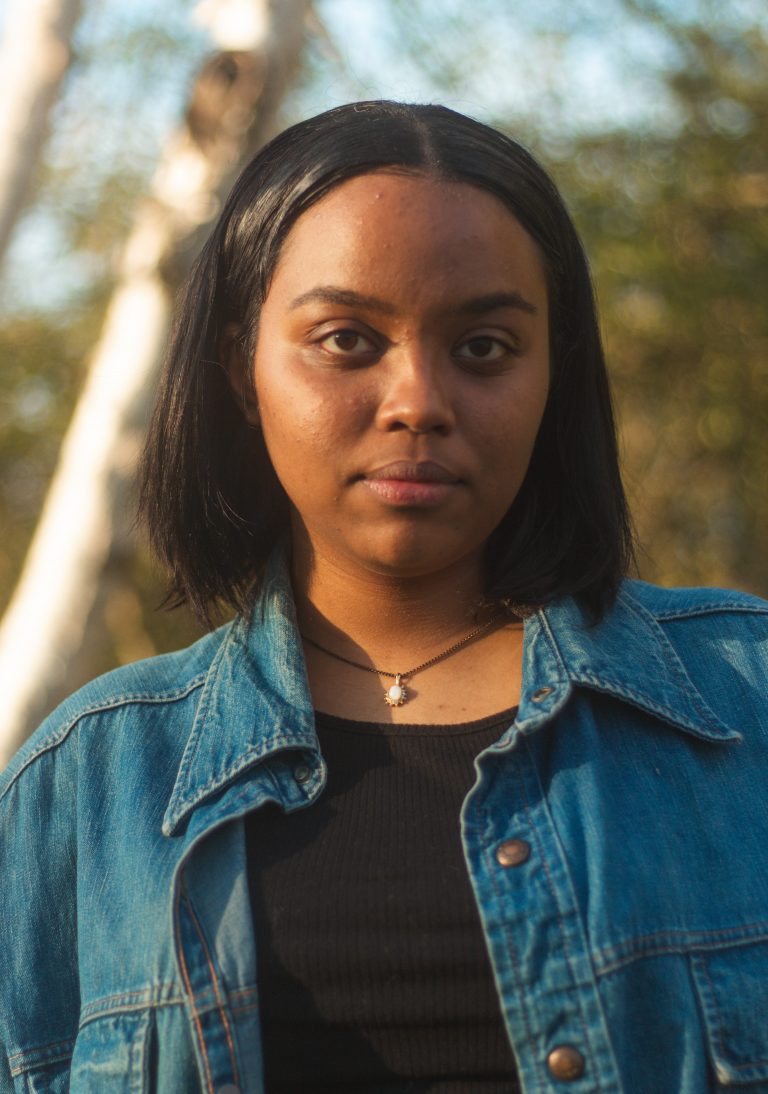 Sarah Lachmansingh is a Guyanese-Canadian writer from Toronto. She is currently a fourth-year Writing student at The University of Victoria, where she received the Rosalind Hulet Petch Memorial Scholarship in Writing and the Millen Undergraduate Scholarship. She placed 1st in UVic’s on the Verge contest for CNF in 2020 and is a fiction intern at The Malahat Review. Last year, she was selected as a mentee for BIPOC Writers Connect. She has been published in two issues of This Side of West, where she previously served as Fiction Editor. Her other work can be found in Homology Lit, filling Station, Augur Magazine, The Temz Review, EVENT, and elsewhere. 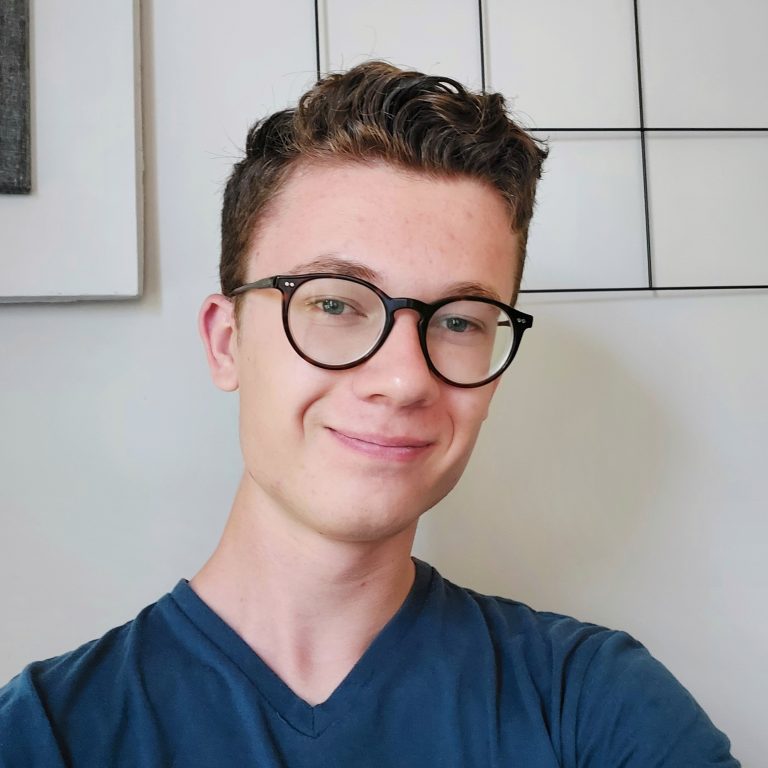 Ben Johns is an artist and graphic designer from Victoria, BC. He is in his third year of the Visual Arts program at UVic and has been making art his entire life. Ben specializes in photography and brand design, occasionally working with various other mediums. He serves as Director of Visual Art for This Side of West. 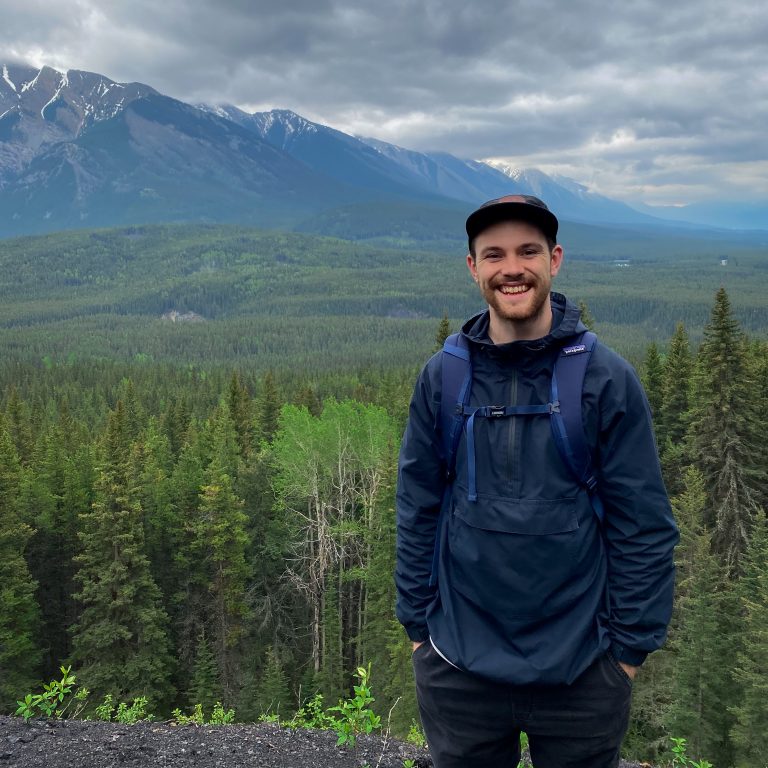 Christopher Sanford Beck is a prairie boy on the West Coast, double-majoring in Creative Writing and Philosophy. He enjoys languishing in the beauty of Vancouver Island, brewing and drinking (usually tasty, sometimes burnt) coffee, trying to string words together, and wondering about what he’ll do with a BA in Creative Writing and Philosophy. His fiction has previously been published by Polar Expressions, The Martlet, and GREYstone magazine, and his poetry has twice appeared in This Side of West. He has also had nonfiction published in GEEZ magazine and The Martlet. He serves as Director of Submissions for This Side of West. 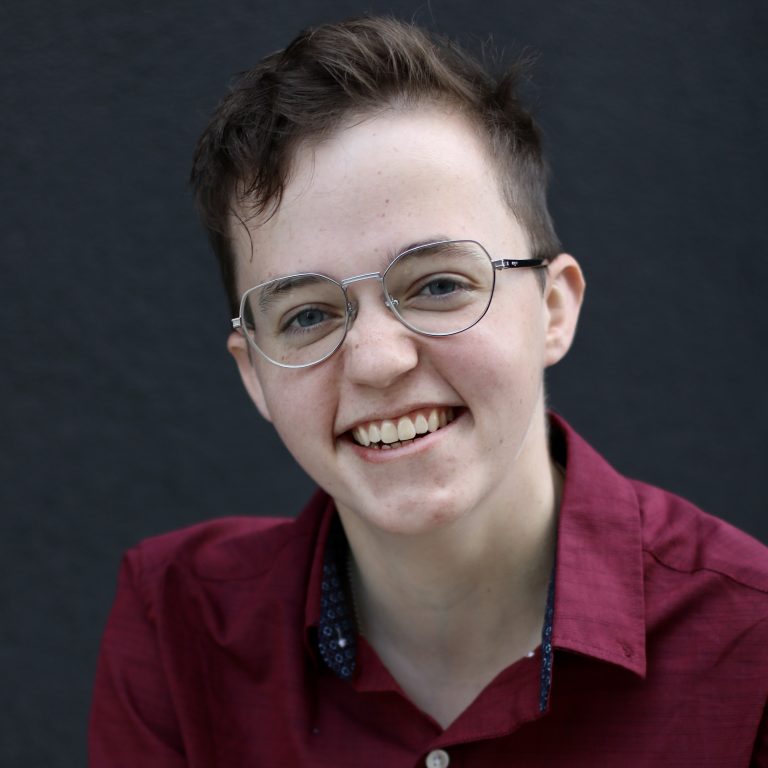 J Johnson (they/he) is a fourth year writing and theatre student originally from traditional Abenaki, Wabenaki, and Pennacook land (colonially known as New Hampshire). They are primarily a playwright, but also greatly enjoy screenwriting. Their work has been produced by UVic SATCo and Coffeehouse Theatre Society, and they have also acted for both companies, as well as in several short films. Much of their writing focuses on queer characters and themes, and they have a deep love for and fascination with the collaborative aspects of theatre and film. 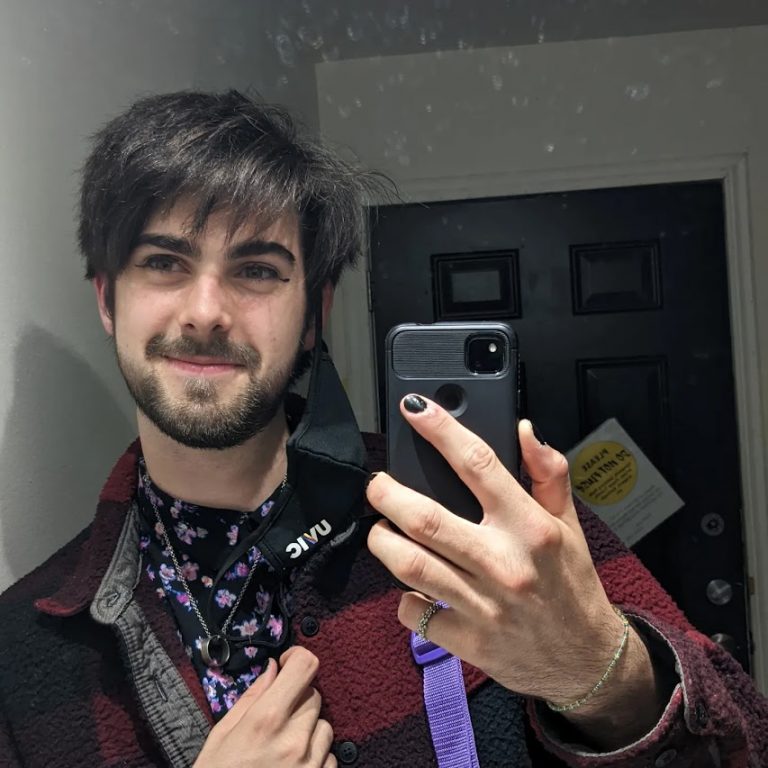 Self-Proclaimed Oscar the Grouch sympathizer, Nolan Rollins devotes his dwindling sanity into crafting comedic tales for the stage and screen. He is a second-year student with the department of Writing at UVIC. In his spare time, he enjoys collecting hats and firmly believes that two percent milk is 98 percent water. He was born in Richmond B.C. and has no idea what he’s doing. He serves as Drama Editor for This Side of West. 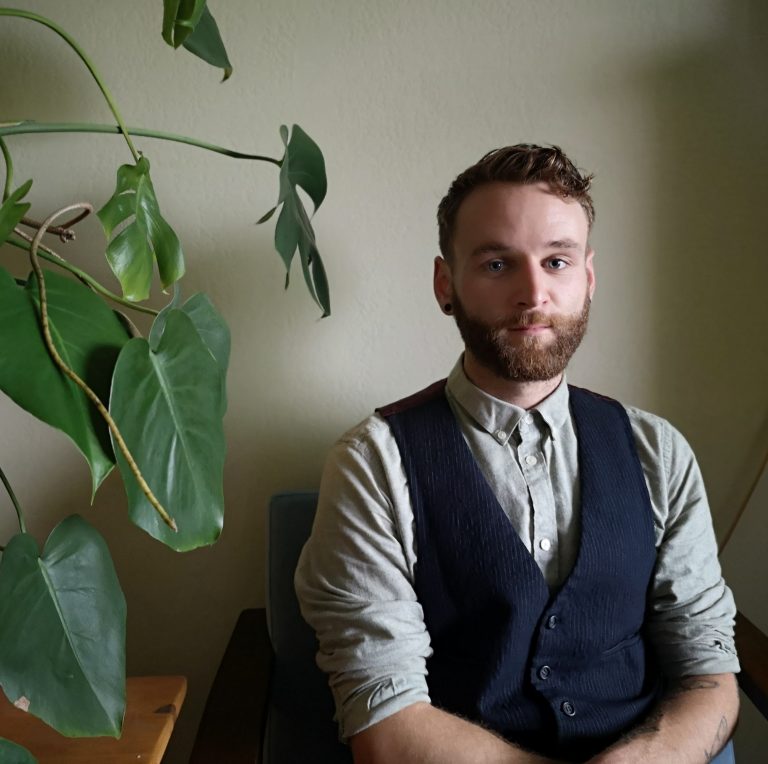 Jesse Norman is a settler artist of Irish-Scottish descent in his final year of a double major in Creative Writing and English at the University of Victoria. He was raised in Comox, BC, on unceded K’ómoks first nation territory. He specializes in poetry but adores the mediums of film and graphic novel as well. His poetry is published in “Drift: Poems and Poets from the Comox Valley,” an anthology of poems by 38 poets from the Comox Valley. He is the 2022 recipient of the Philip Pickering Award in Poetry. He serves as Poetry Editor for This Side of West. 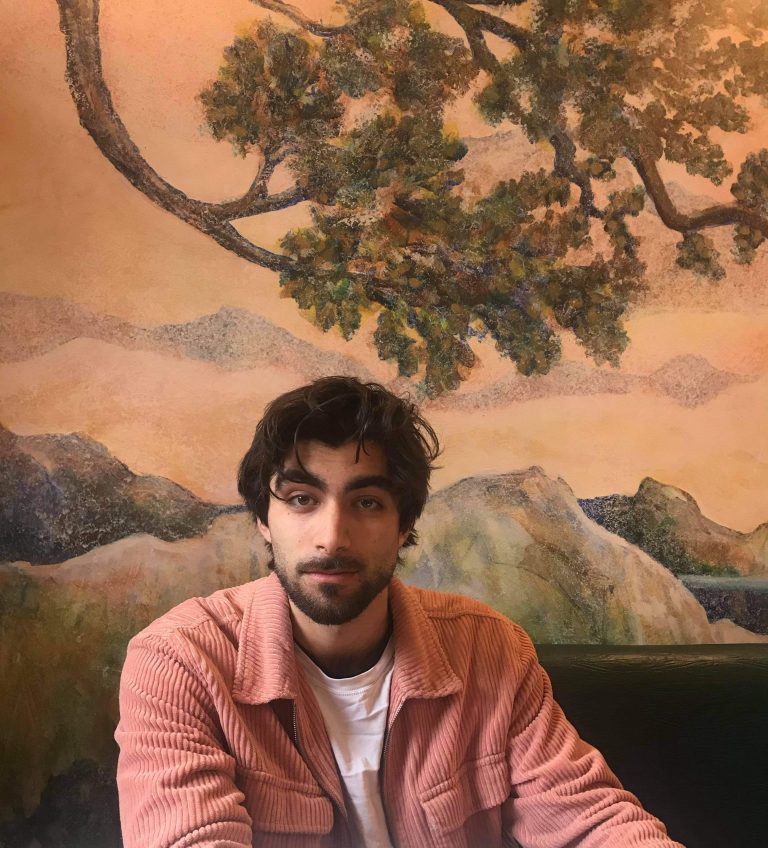 Tosh Sherkat is a Persian-Doukhobor settler in their last year of study at the University of Victoria in creative writing. He was raised in Nelson, BC, Autonomous Sinixt territory. His writing appears in Existere, EVENT, Plenitude, CBC, Megaphone, PulpMag, Megaphone, and This Side of West magazine, and is forthcoming in Terrain.org. He serves as the poetry editor for This Side of West’s 20th issue, as a reader for Watch Your Head, and as an interviewer for the Climate Disaster Project. 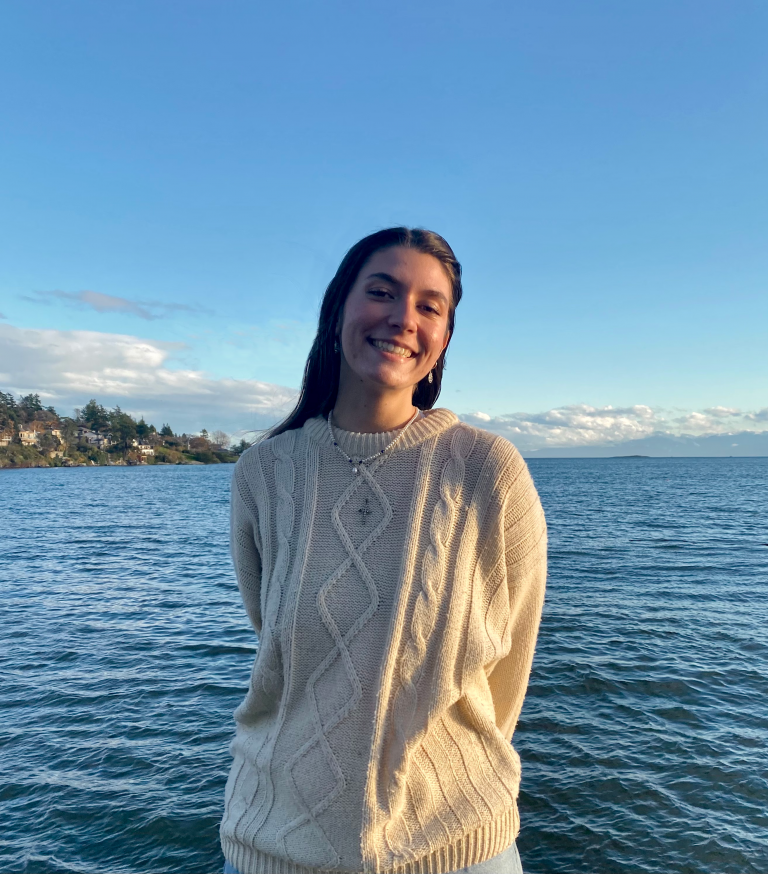 Meghan Romano is an artist of Romanian descent studying Religions & Cultures and Writing at UVic, specializing in poetry and creative nonfiction. She was raised on the unceded territories of the Katzie, Kwikwetlem, Stz’minus, Sto:lo, and Semiahmoo First Nations. Her poetry has been published in Work in Progress Mag and VOICES/VOIX Poetry Journal. In 2022, she placed second in UVic’s On the Verge contest in creative non-fiction. Her work centers on experiences of grace. She serves as Poetry Editor for This Side of West. 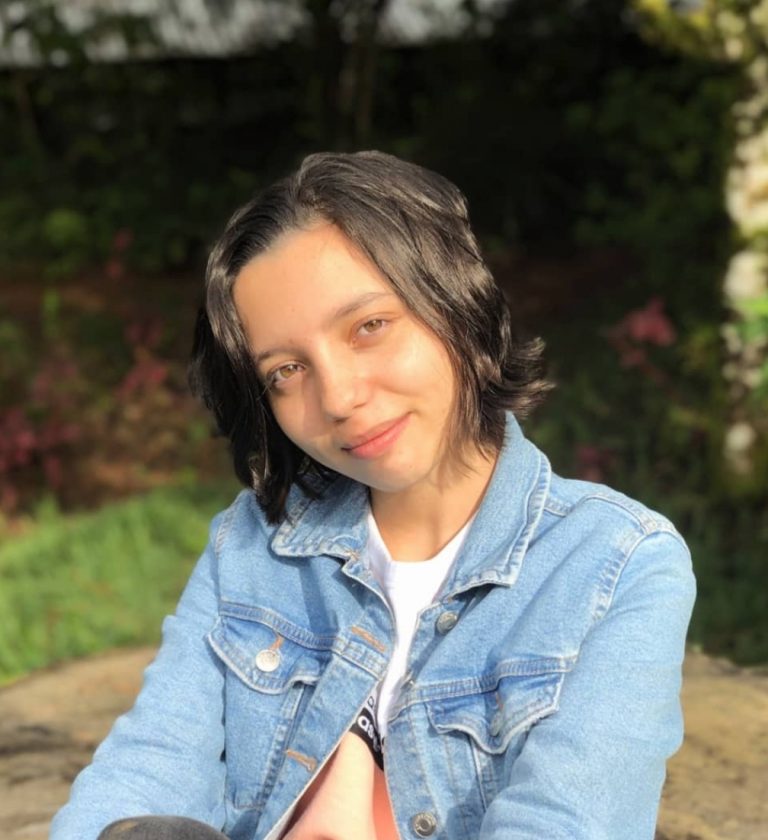 Ana Saade is an international writer from El Salvador. She is currently double majoring in psychology and writing at UVic. Her favourite genre to write is contemporary fiction, but she also enjoys screenplay. She loves ice skating almost as much as she loves writing. She serves as Fiction Editor for This Side of West. 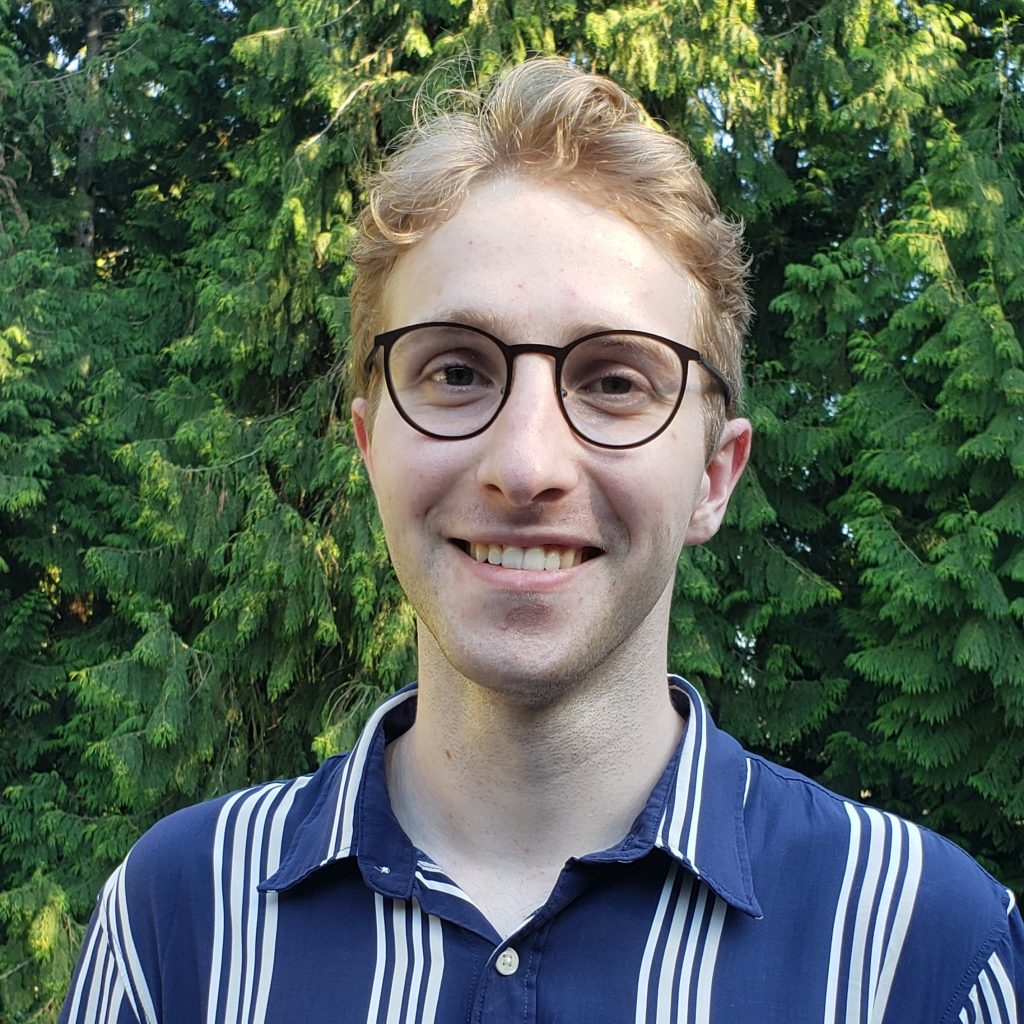 Aidan Dalton is a writer from Sidney, BC. He is in his fourth year of the Creative Writing program at UVic and is specializing in fiction. Although he loves novels, he is especially drawn to the precision and vibrancy of the short story. He serves as a Fiction Editor for This Side of West. 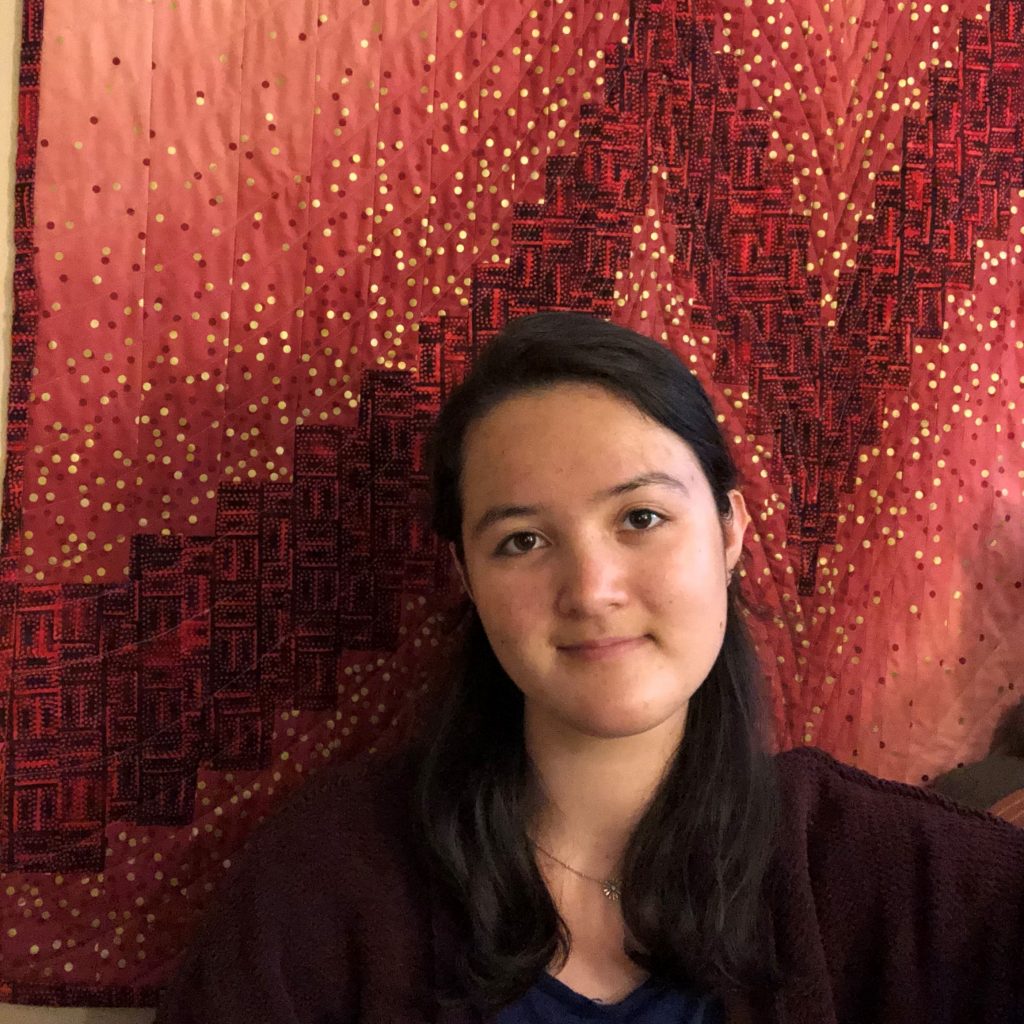 Maya Somogyi is a third-year Writing/English major with a focus on Fiction and Poetry. She’s from the Sunshine Coast and likes Victoria nearly as much. In the future, she would like to go into publishing. She serves as Fiction Editor for This Side of West. 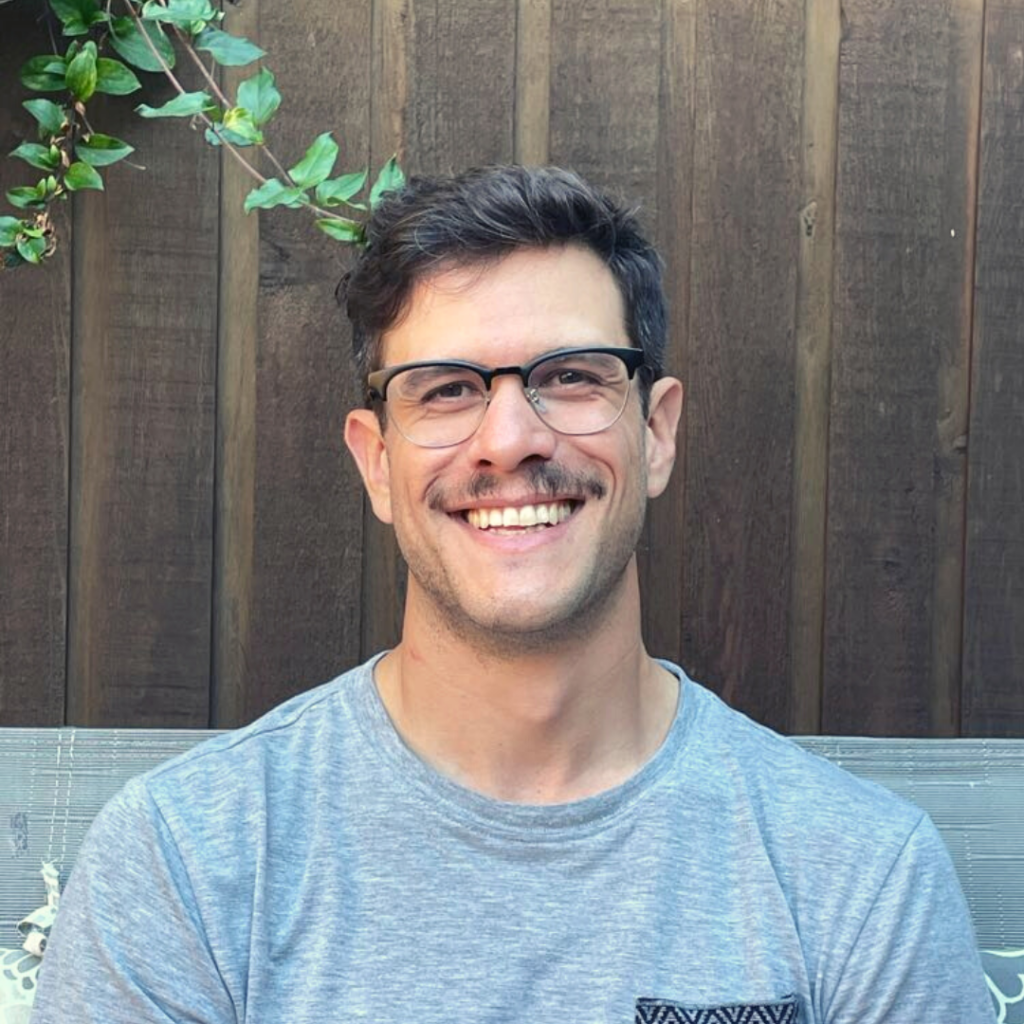 Raised in Salmon Arm, BC, Secwepemc Nation territory, Paul Voll is now entering his third year of creative writing and journalism studies at UVic. He admits to not fully understanding his astrological sign but enjoys when others do. Paul serves as a CNF Editor for This Side of West. 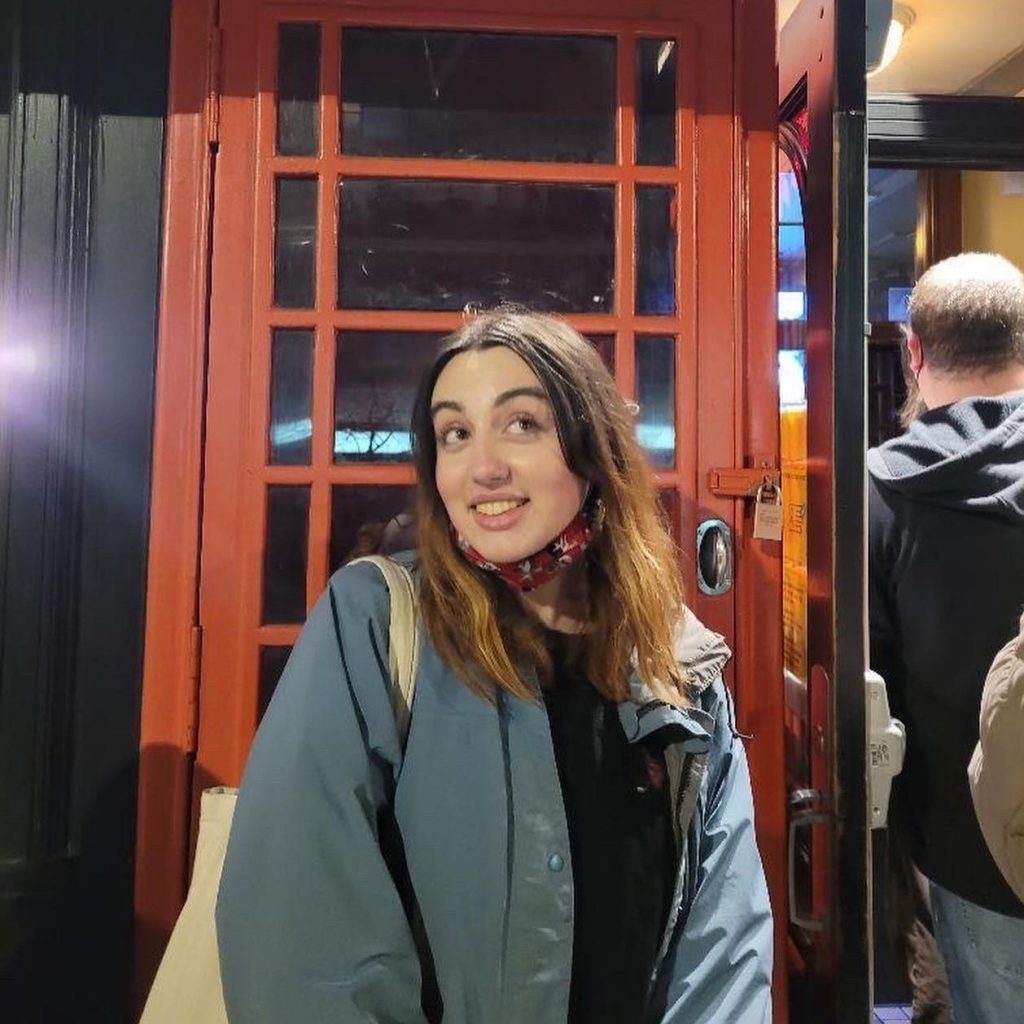 Cate Freeborn resides on the unceded traditional territories of the Lekwungen peoples and is pursuing a BFA in Writing at the University of Victoria. She is the winner of the 2020 Walrus/Amazon Youth Short Story Award, was shortlisted for This Side of West’s Poetry & Prose Contest, and has had her work recognized by the Nancy Thorp Poetry Contest and Pandora’s Collective Poetry Contest, alongside various online publications. She is passionate about amplifying the stories of autistic and neurodivergent writers, and enjoys hiking, thrifting and concocting oat bars in her spare time. She serves as CNF Editor for This Side of West. 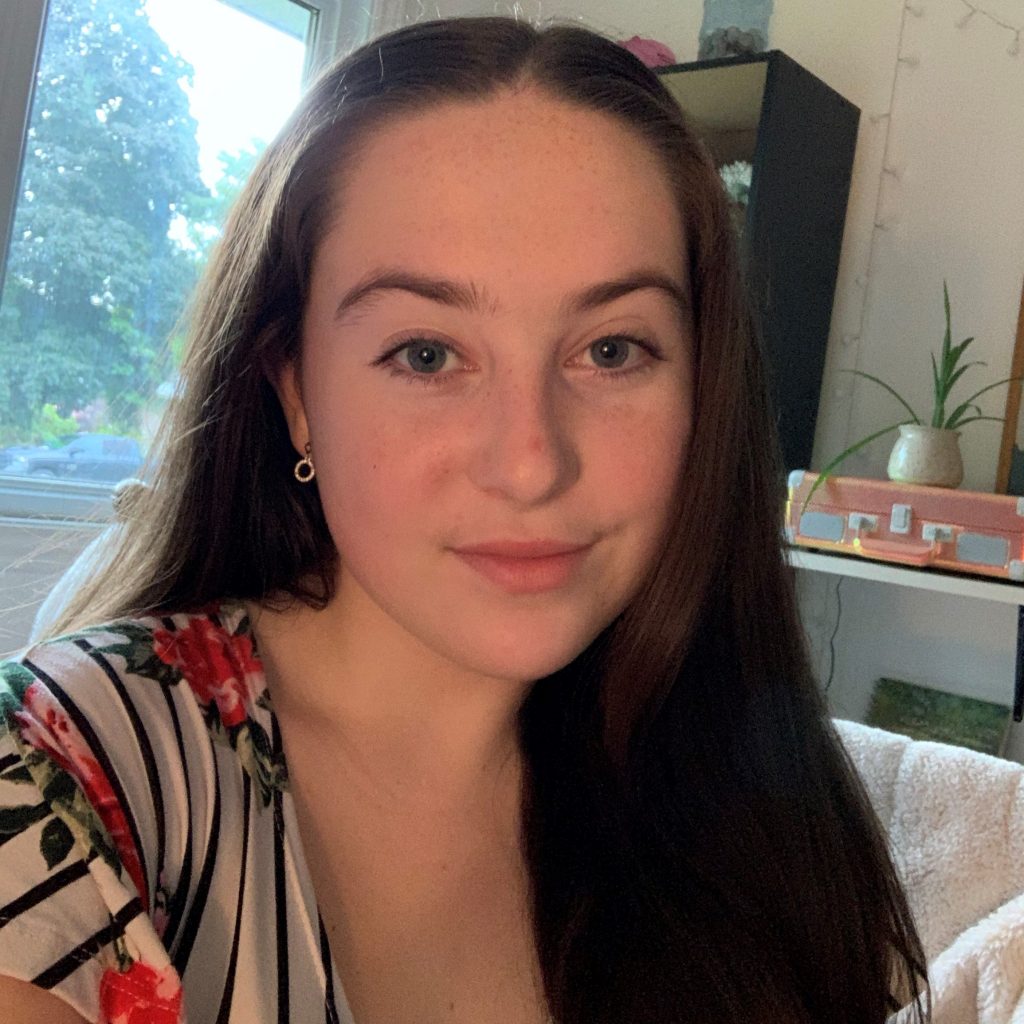 Maeve Rose is in her first year of a BFA in Writing at UVIC. Coming from Ottawa, Maeve has previously been a founder of her high school’s Writing Club, and through that became a guest speaker at the Writer’s Collective of Canada as well as her graduating class’s Valedictorian. With a passion for mental health, Maeve looks forward to interning with TSOW. In her spare time Maeve is either attempting to read all of the “Top 100 Books of All Time” or desperately making friends with anyone who owns a dog. She serves as an intern for This Side of West. 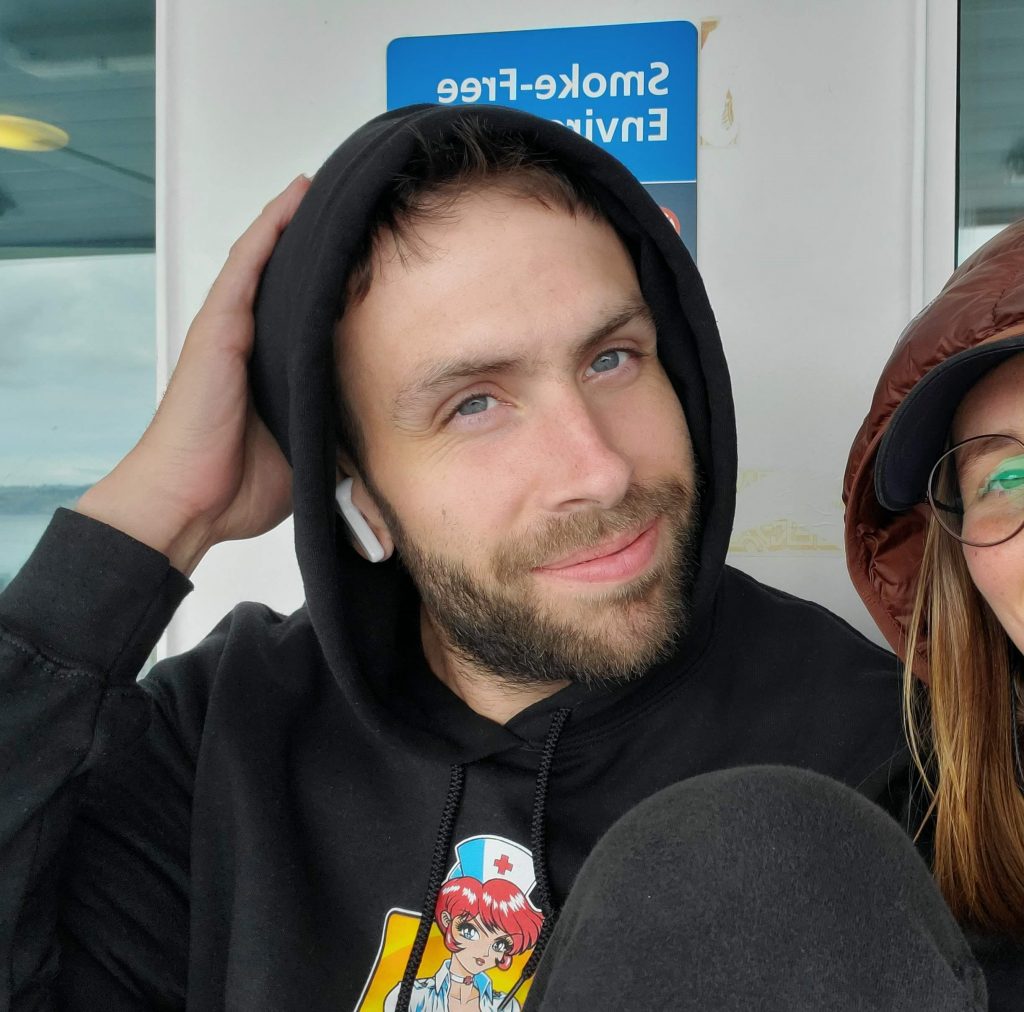 Lloyd Davis is a first-year Writing major at UVic, most interested in fiction, poetry, and screenwriting for television. He lives and writes in Victoria. Lloyd serves as an intern for This Side of West. 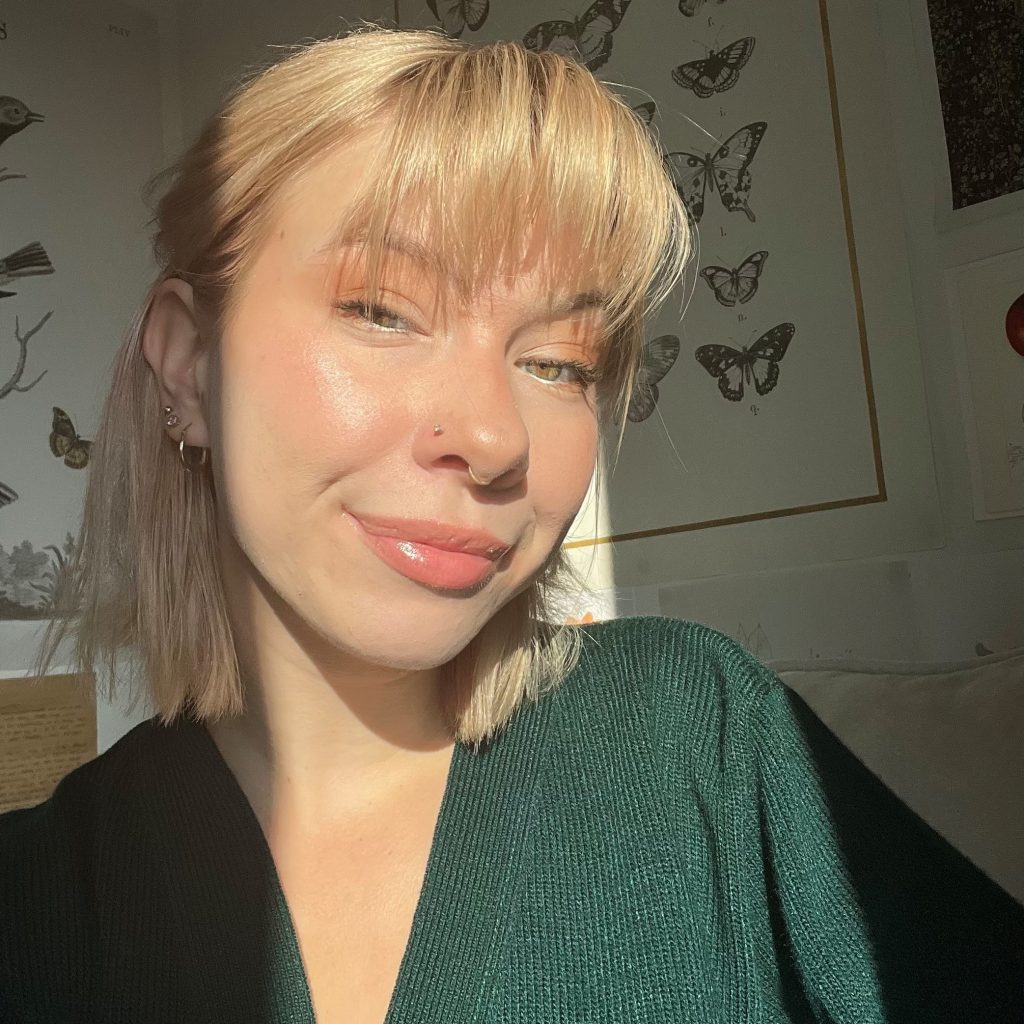 Madelaine Fricke is from Langley, B.C and is currently undergoing her first year as a Writing and English double major at the University of Victoria. She has passion for both poetry and short-fiction, and aspires to be a full-time writer and live at home with as many cats as she can legally fit in a tiny apartment. In her writing she tends to explore themes of nostalgia, femininity, homesickness, and mental health, but also loves adding a touch of magic and witchy ambience. She is grateful to be an intern for This Side of West, and looks forward to learning as much as she can from the incredible team.